Upcoming 2022 training posted at the station

Stay safe, wear a mask and wash your hands

Proudly Serving our Community for over 87 Years

The Sharps Hill Volunteer Fire Department is located in Shaler Township in the Northern Suburbs of Allegheny County Pennsylvania. We are an all volunteer department that offers Fire and Quick Response Emergency Medical Services to the residents of Sharps Hill and surrounding communities. Sharps Hill is one of six all volunteer fire departments in Shaler Township. Our primary response vehicle is Engine 1, a 1993 Pierce Dash 1250 GPM Pumper. One of the items you will notice is that our vehicles are not the traditional red color. The department changed to a blue and white color scheme with the arrival of Engine 1. One of the reasons for the color change was to follow the colors of the Township. There were, and still to this day, many people who believe that all fire vehicles need to be red. Upon arrival at the station in 1992 all the members were pleased of the color change and are very proud of our difference.

Sharps Hill currently has a current membership of 24 active numbers, 14 lifetime members and 2 social members. Our training nights are every Tuesday night with the exception of the 4th Tuesday which is our department meeting night. Our members attend training sessions at local, state and national programs and have certifications by the National Professional Qualifications Board and the Pennsylvania State Fire Academy in Firefighter 1, Firefighter II, and Fire Service Instructor. In addition, our members also have certifications in Hazardous Materials and by the Pennsylvania Department of Health as Instructors, Paramedics, EMT's and First Responder as well as in Rescue.

Under Construction for updating

Photos of past vehicles and incidents 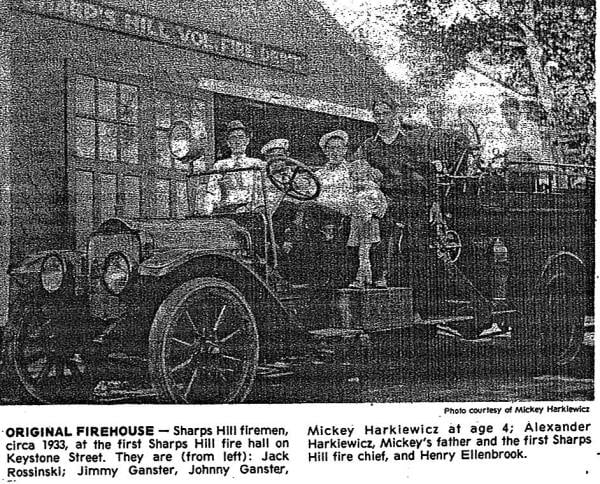 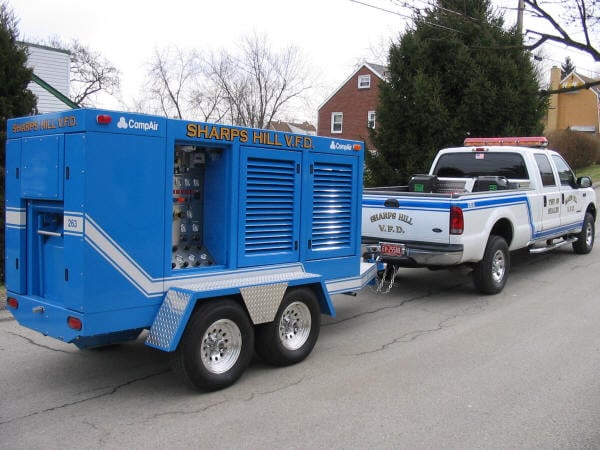 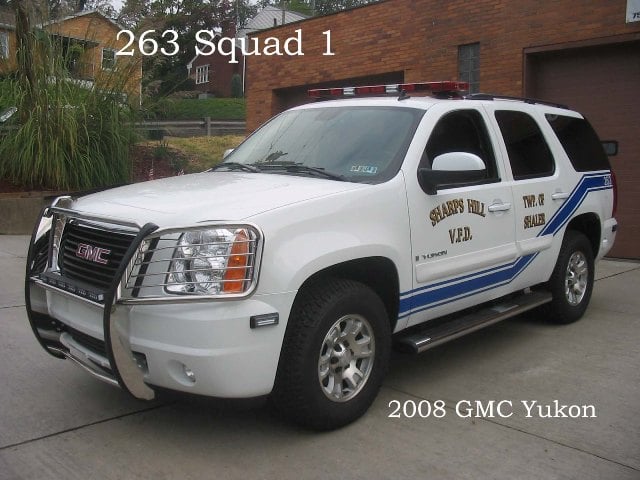 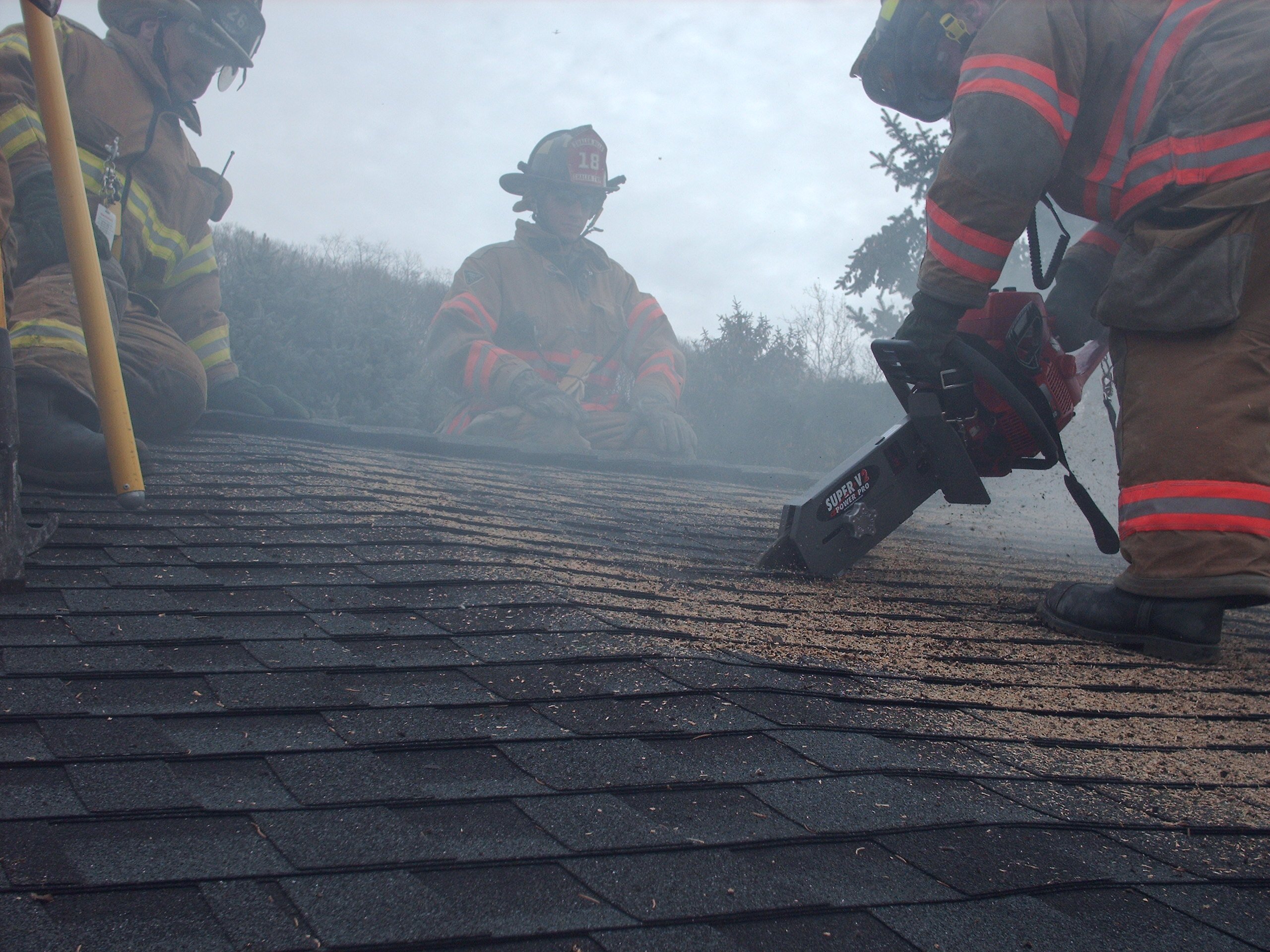 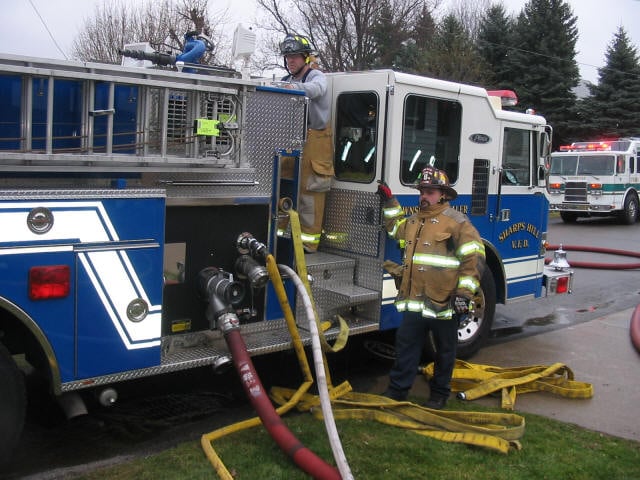 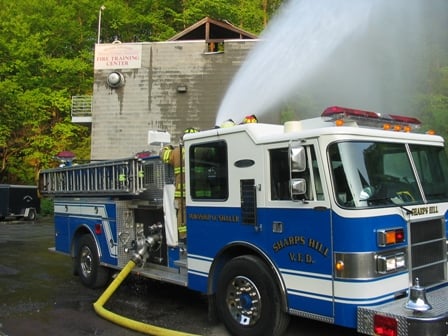 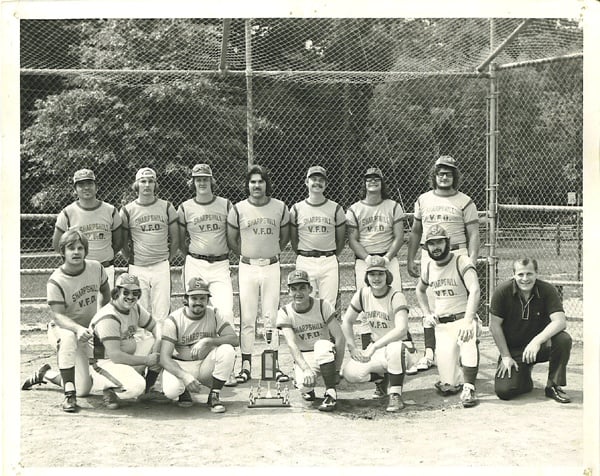 The name Sharps Hill dates back to 1930 when the Sharps Hill Volunteer Fire Department was founded. It wasn’t long before the neighborhood adopted the name for its own. “Before that it was really nothing. People had a dozen names for it: Ferly’s Hill, Gobbler’s Knob and Polish Hill,” remembered 73-year-old Sharps Hill native John Farbacher, 535 Keystone St. Farbacher served as “temporary president” when the fire department was organized.

He explained the name “Sharp’s Hill was chosen because one of the landowners in the area at one time was the Sharp family, which included James Sharp, who founded Sharpsburg in 1826.

Today, however, the apostrophe in “Sharp’s” is usually omitted.

The neighborhood was in critical need of a fire department of its own back in 1930, Farbacher said.

“We had a couple of bad fires and people lost their homes and a couple of barns. The other fire departments wanted money (to fight fires) and we didn’t have any money. I decided then and there we had to build a fire station.”

When the volunteers were unable to borrow the money for a station, Farbacher mortgaged his home to pay for the structure, which firemen built on Farbacher’s land next to his home.

When the fireman moved to their new building on Berner Street in 1950, ownership of the old fire hall reverted to Farbacher. It now houses an auto repair garage run by his son, Robert.

Additional History from meeting notes and other documents

On September 18th, 1930 at a meeting held in Bumbich's Hall membership report showed there were a total of 56 paid, 2 dropped and 13 not paid. Bingo totals were $518.15, dues and initiation fees were $47.15. General Elections of Officers were held. For the office of President William Ganster recieved 22 votes, John Farbacher 2 votes, and James Christy 5 votes. For  Vice-President   John Farbacher obtained 13 votes, James Christy 9 and John Brown received 7. Secretary voting was Albert Mattheis with 28, John Brown 1 vote and August Eichner 2 votes. The position of  Treasure was obtained by James Christy getting 17 votes, Andrew Lipski received 13 votes while Albert Mattheis got 3 votes.

It was also at this meeting that a motion made by John Lewis, 2nd by August Eichner and passed by the house to have a Turkey Raffle on Thanksgiving Day.

On May 5, 1933 the name Sharps Hill Volunteer Fire Department of Shaler Township was registered with the Commonwealth of Pennsylvania Department of State and the Decree of Incorporation was the 18th of November 1936. Our inital mailing address was Shaler Township - RD #2, Box 467, Sharpsburg, County of Allegheny, Pennsylvania. Initial assets were $2500 in Real property and $314.00 in personal property.